What home items have you had the longest? 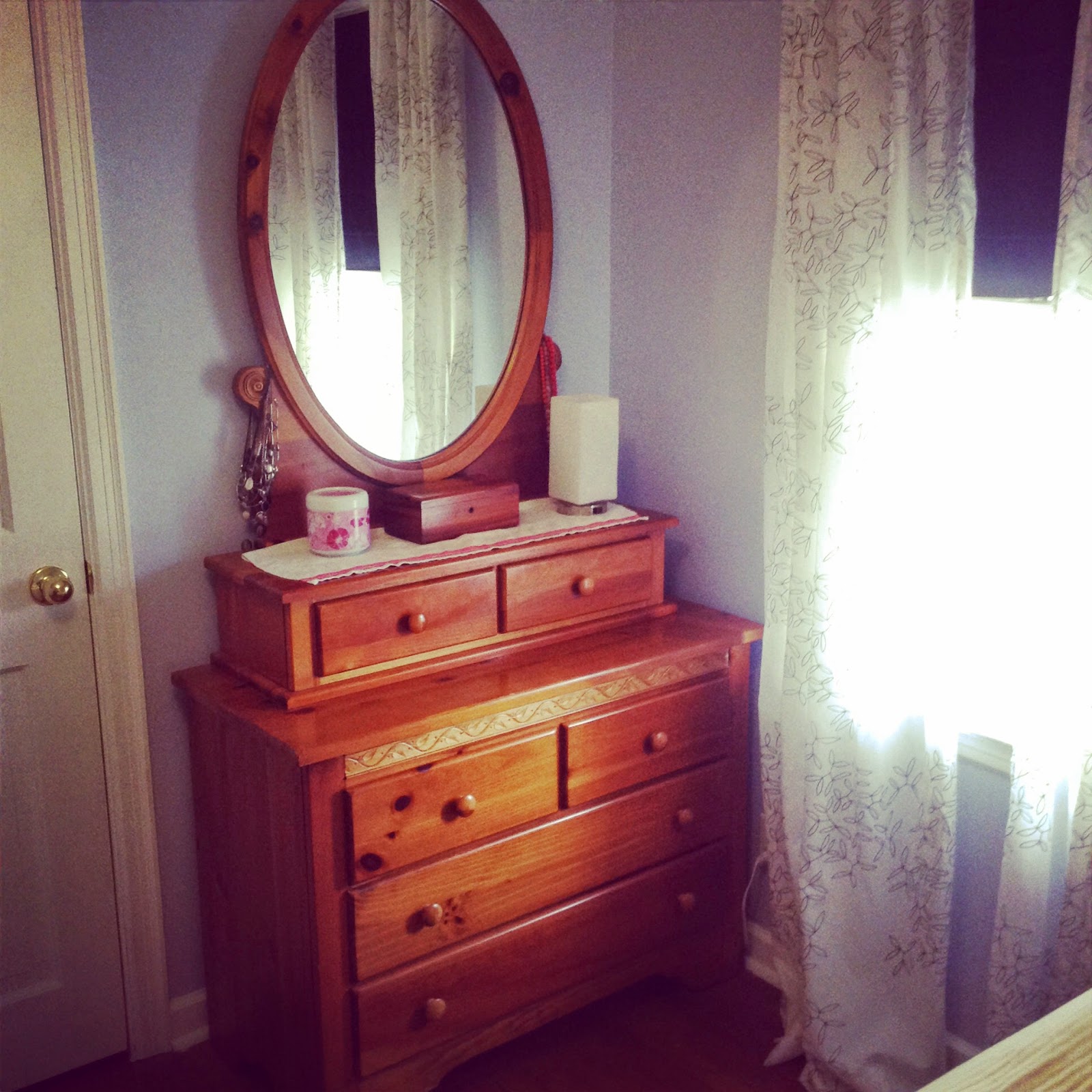 "What home item have you had the longest and what is its story?"

This question on Apartment Therapy really got me thinking and finally spurred me out of my long, unplanned blog hiatus.

It didn't take long to figure out which home items I've had the longest....

My mom had just gotten a "big tax refund" and we were on our way to the Lazarus furniture store (the long-ago closed furniture branch of a now extinct local department store chain) in our nearest big city to spend it.

I was in my early teens and my mom had decided it was time for me to have a bedroom set of my very own. It was just the two of us then, and working as a bank teller my mom didn't make a whole lot of money. We had everything we needed and enough for small luxuries, but something like new furniture was quite the splurge.

Looking back, I'm sure there were many new things my mom might have liked to have for herself at the time, but that's how she's always been. Doesn't have a selfish bone in her body and seems to get much more excited about giving rather than getting.

I already had bedroom furniture of course, a mismatched set, patched together from my mom's antique collection and items purchased or borrowed out of necessity. It worked perfectly well and I don't recall lusting after new furniture, but of course I was soon thrilled at the idea of picking out something brand new that would be new and mine alone.

After seeing all the options I chose a pine four-piece wood set, with very orange tones and a carved ivy leaf pattern. It included a bed complete with headboard and footboard, a tall dresser, a second dresser with mirror (which I've always used as my pseudo vanity) and a nightstand.

Turns out it was an unexpectedly good choice because 20 years and many decorating fads later, I still like the furniture enough to have kept three of the original four pieces. Maybe that's what mom had in mind, especially considering that she kept her own girlhood bedroom furniture for decades after moving out of her parents' home.

I left it at home during college, taking an old set of my grandmother's instead and leaving my good furniture at home. That was wise as well considering the amount of not-so-careful moving I did in college. That furniture I had no affinity to whatsoever and gladly gave it to friends after graduation. 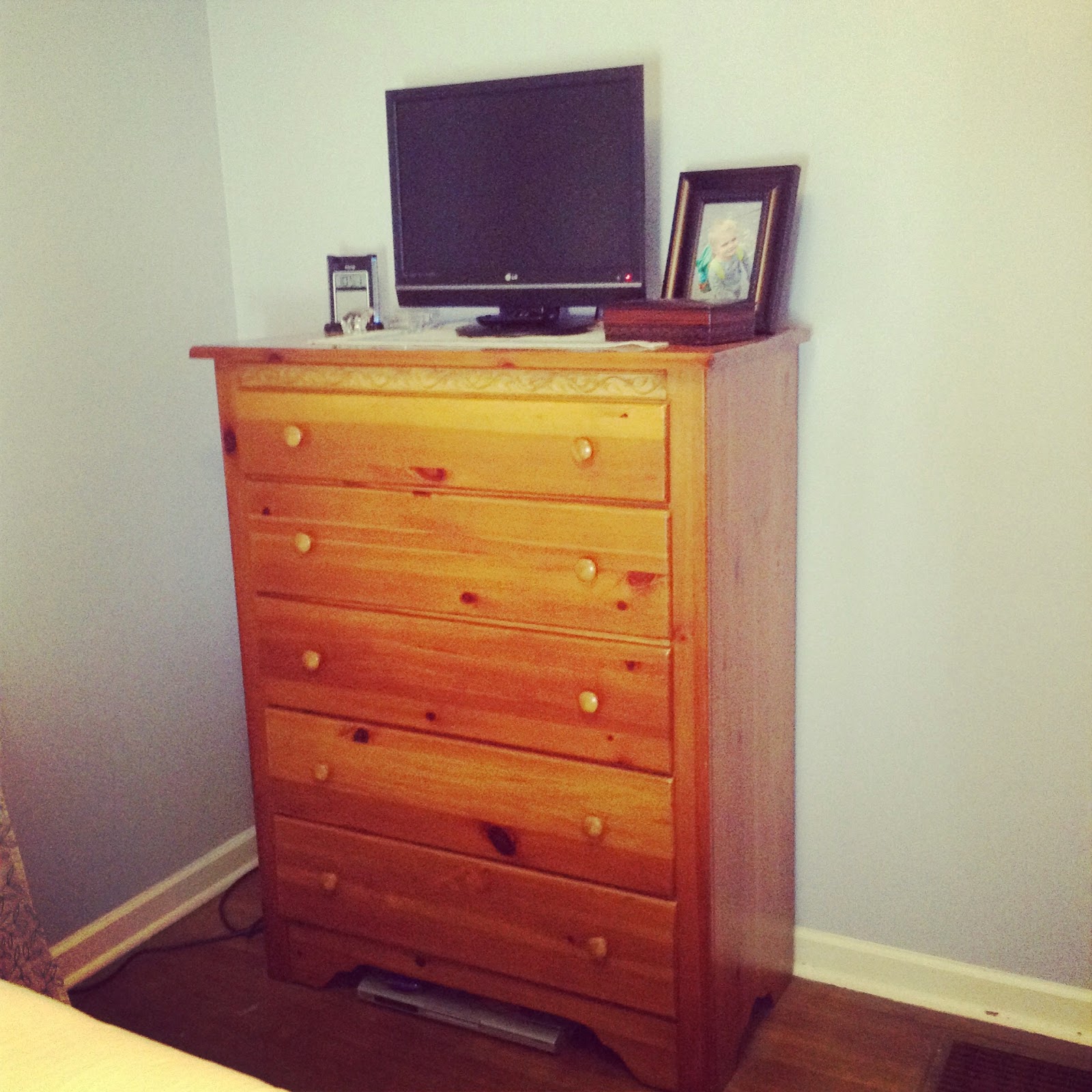 Once I got a job and moved into my first solo apartment, my old friends came with me and we've been together again ever since. Due to the tiny size of my bedroom I use the nightstand as a side table, but both dressers are still used as intended in the bedroom. I did finally sell the bed a few years ago after keeping it in storage for several years. The full size just no longer worked and I long ago grew to feel that footboards might look nice, but were way overrated when it comes to the practicality of actually using a bed.


The item I've personally owned second longest, but has been in my family since before I was born, is my great grandparents' drop-leaf kitchen table. I love the idea of eating off of a table that's been in use by members of our family for four generations now. A new kitchen table is in the plans if we ever finish the full kitchen renovation--to enable having four people comfortably eat at the table--but I'll continue to love this little workhorse. 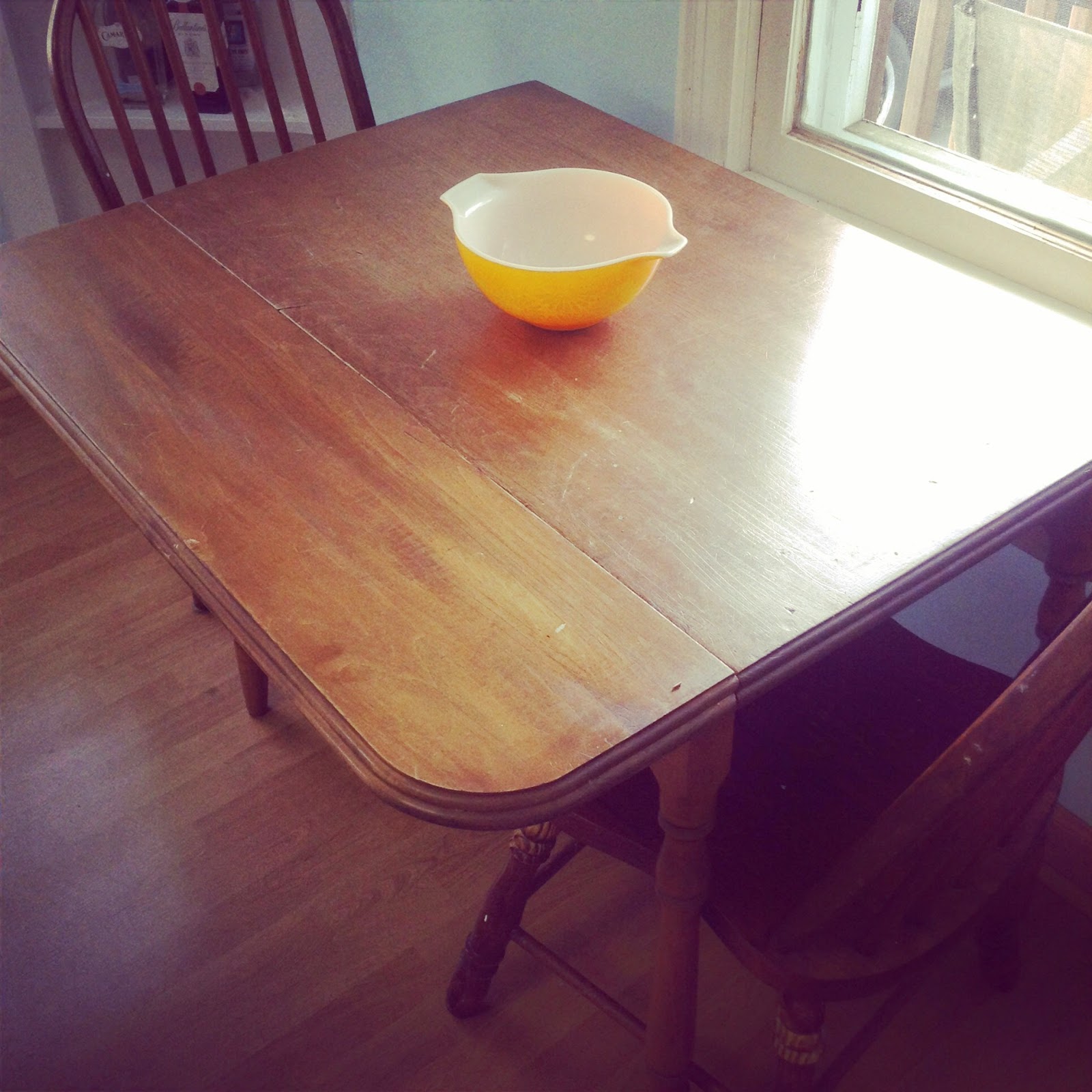 What home items have you had the longest and what's their story?