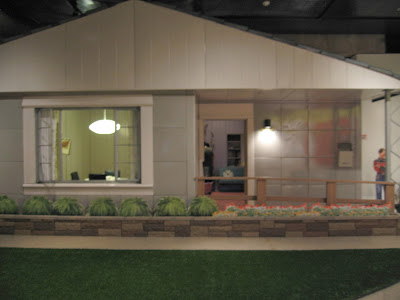 The idea of well-designed, small homes taking less time to maintain while being just as pleasant to live in is not a new one. Lately I've been fascinated by one such example from years past: Lustron houses. These prefabricated enameled steel houses were developed in the post-World War II era. Marketed as "the house America has been waiting for" the small, yet well-designed homes were promoted as affordable, low-maintenance solutions for modern families. 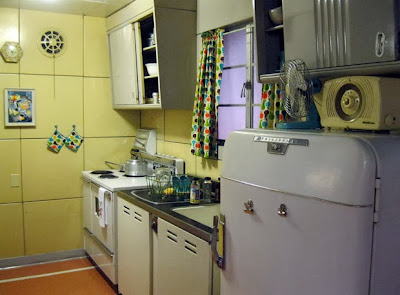 The Lustron Company, headquartered in my town, Columbus, OH, manufactured just under 2,500 two- and three-bedroom homes between 1948-1950, before declaring bankruptcy. This was much less than expected, with production delays, the lack of a viable distribution strategy, and the escalating prices for the finished product all contributing to the company's demise. 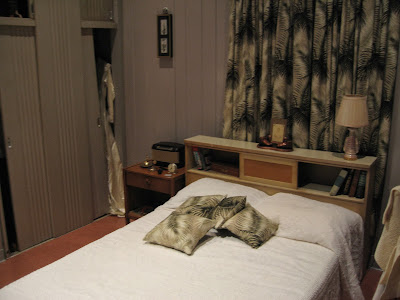 Four Lustron homes remain in my neighborhood, and this summer I was able to fully explore the one pictured here, which is on display at the Ohio Historical Society until 2018.

The exhibit was fantastic, and one I highly recommend if you're in Columbus. Not only is it amazing to have a entire house inside a museum, but the decor is completely period and they encourage you to explore, open drawers, etc. Or you can take a video tour.

Although compact and built to be shipped in pieces and assembled on-site, the rooms were a good size (bigger than my house anyway) and surprisingly full of storage. There was a built in bookshelf/display area in the living room, tons of closets, a built-in vanity in the master bedroom, and great bathroom storage. Plus, since they're constructed from metal, hanging a picture is as simple as throwing up some magnets.


The Lustron house exhibit was also appointed with something I've never heard of before, a Thor Automagic hybrid washer/dishwasher. Now there's something that makes me go hmmm, and I guess it made a lot of other people do the same since it never really caught on. 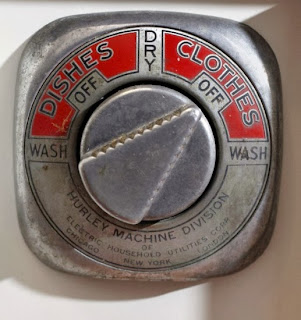 If you're curious about how Lustron homes appear with current decor, check out this Columbus-area Lustron.

As cute and cool as they are, I'm not sure I would want to live in a Lustron, especially as their advanced age takes away the low-maintenance aspect in many cases. Could you live in a Lustron, or is there another small home from an era gone by you lust after?

Email ThisBlogThis!Share to TwitterShare to FacebookShare to Pinterest
Labels: simplify, this and that

A year's worth of clothes


According to Elizabeth Cline's book, Overdressed, the average US shopper spends $1,100 per year on clothing and purchases 68 items plus 8 pairs of shoes.

Sixty-eight items per year seems rather shocking, but since reading that I've wondered, do I buy more or less clothing than the average American? Yet I hadn't gotten around to listing my purchases until being inspired by a recent post on Exacting Life.

Before I started counting, I thought that I couldn't possibly have purchased more than 10 items of clothing this year. I have a large existing wardrobe, but there is much room for improvement as it includes items of various sizes and clothing I don't love wearing.

I've never loved buying clothes and shoes like the stereotypical woman, but this has been particularly light year even for me. This is mainly because I'm at a higher weight than I'd like and I haven't wanted to admit defeat and invest in a larger wardrobe for this size me. But, a girl's gotta have something to wear so in the end I've bought some new items.

Besides the fact that I'm heavily in a black and white clothing phase (they're slimming colors you know), this has been a pretty good year in that out of these purchases, I really only regret and don't wear the peach thrift store sweater.

I don't set a clothing budget, as I'm pretty good at reigning in my spending month to month. I'm completely fine with spending $447 on clothing and accessories for the year, in fact, I'd be okay with twice that provided I bought items I love and feel great wearing.

How does your clothing spending compare to the average?

Email ThisBlogThis!Share to TwitterShare to FacebookShare to Pinterest
Labels: finding enough, this and that
Newer Posts Older Posts Home
Subscribe to: Posts (Atom)