The Year Winter Came Back 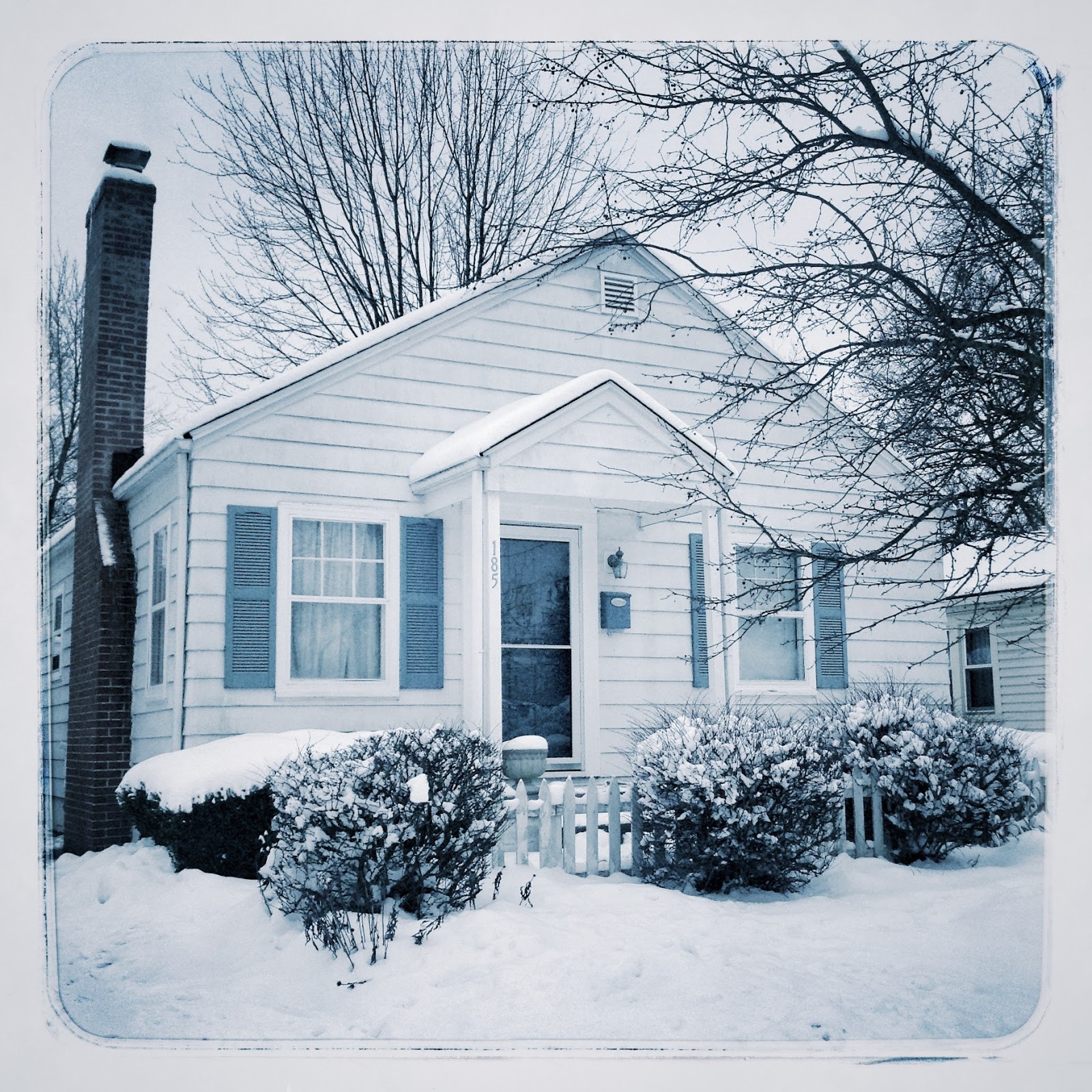 Winter is back this year with a vengeance and I know we Buckeyes aren't the only ones caught in another brutal spell of cold and snow. Living in the northern U.S. (Ohio), you might think we're used to this kind of winter weather, but this one is extreme. We haven't seen temperatures this cold in 28 years, according to local meteorologists. And we're most accustomed to seeing snow come and go in 24-48 hours, but this year the snow is sticking around.

Winter started unusually early. Our first snowfall was a few days before Thanksgiving, with three inches of snow falling well before the December 21 official start of winter. This weekend we received another five inches with a bit more to come possibly. The wind was so strong yesterday that at times you could barely see the house across the street. So far this season we've received 26.5 inches of snow, with months of winter to come, compared to average winter snowfalls of 27.5 inches. Snow is pretty and all, but it is also a giant pain to shovel, drive in, etc.


But the really painful bit of this winter, to me at least, has been the number record low temperatures and below zero wind chill days. The worst so far being January 6 and 7, where we saw a new record low of -7F (-22C) and wind chills of -25 to -40F (-32 to -40C). And they're calling for it to be even colder than that tomorrow and Tuesday, with an extended period of extreme cold slated to last until mid-February. Mid-February? Seriously? It's sad that our usual January average of 30F feels like a heatwave in comparison.

Living in a house built in the 1940s means that even though the inside temperature remains unchanged at 68F, or even a degree higher, it definitely feels chilly on extremely cold days. I layer up with a long sleeve shirt, my warmest sweater, socks, slippers, a blanket and often a cat and still sometimes can't get warm and toasty. I've put extra blankets and pulled the cat bed out of storage so they have plenty of warmer sleeping options. And forget going outside without my warmest parka, a hat, gloves, a scarf and boots. Even then my block-long walk from the parking garage to work is brutal.


This winter has also meant a lot of hibernating, which can be fun for a weekend or two but can get old when you feel like you can't, or shouldn't, go out.

While these temps seem newsworthy today, it's only because we're not used to cold snaps which were considered normal in the past, according to Treehugger. While I worry about the consequences of global warming, not dealing with this crap every year doesn't seem all bad...

How are you faring in this weather (or for some of you, the record heat waves)?
Posted by min hus at 9:45 AM 8 comments:

Email ThisBlogThis!Share to TwitterShare to FacebookShare to Pinterest
Labels: random bits, this and that

Magazines are cheap, published monthly and designed for limited use, so why do I and many others hang on to so many?

In the age of blogs and online decorating sites, does anyone even need  to keep magazines anyway? Yet, there is something I enjoy about a shiny new decor mag.

I've decluttered my magazine collection many times, maybe more than any other item, yet I still count 48 magazines in my current collection. I've culled my magazine subscriptions down to zero, then added a subscription or two that I missed back in. I've tried getting my magazine fix at the library only, which I found to be more trouble than it's worth.

First, the non-negotiables. I have 27 issues of the discontinued Domino (25) and Cottage Living (2) magazines that I'm still not able to part with. At one point those Dominos were almost worth their cover price on ebay, although prices seem to have peaked and dropped like a rock since then.

I find the "William Morris criteria" (That is, Morris' famous quote to "Have nothing in you home that you do not that find to be useful or know to be beautiful"), to be helpful for deciding what to cull or keep. Accordingly, I should probably declutter them all, as I don't really look at the magazines often or consider them particularly useful. But, I'm not willing to do so. I don't need the space they take up and I like having them, for whatever reason. Maybe outing myself on the blog will change this as it has before, but for now, they stay.

That still leaves 21 magazines up for grabs. After one last flip through 3/4 of them I let 12 go, which is enough to eliminate one stack under the coffee table. A 25% reduction isn't too bad, I guess.

Do you find it hard to let go of magazines or have another decluttering weakspot?
Posted by min hus at 7:29 AM 12 comments: