Welcome to my central Ohio garden, zone 6a. Let's see what is blooming for Garden Blogger's Bloom Day. 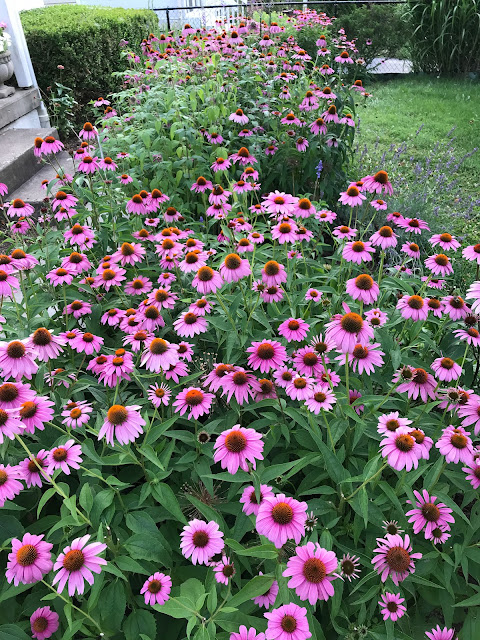 As always the second half of summer brings a coneflower explosion here. Nothing has flourished in my garden like the coneflowers. They definitely dominate the front garden bed, but I love the effect and so do the pollinators and other critters. 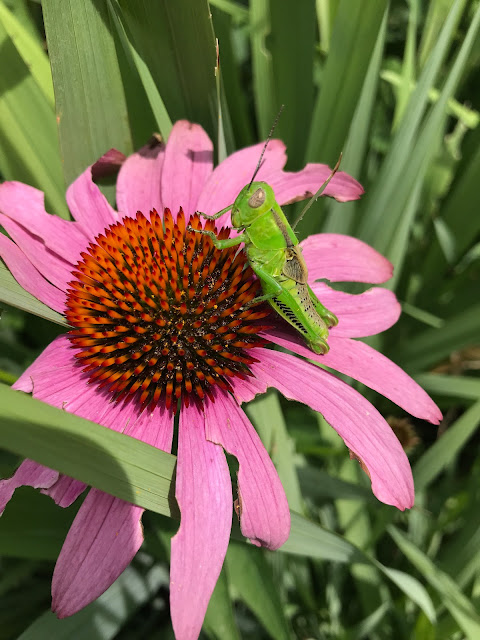 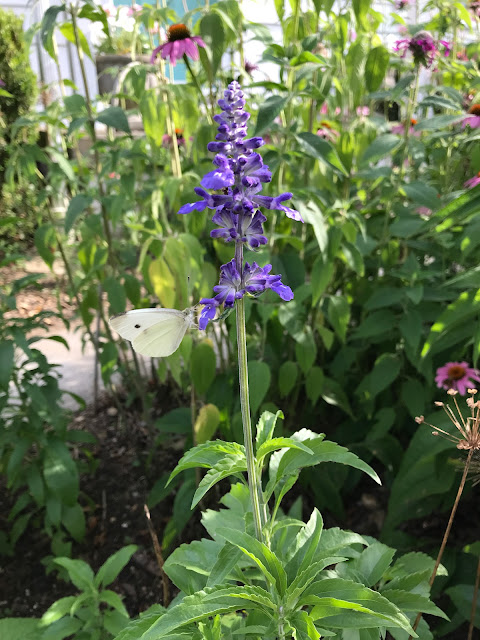 I have however been replacing some coneflowers in the front bed with other bloomers. This winter-sown blue sage (salvia farinacea) is a new addition this year and I'm loving it so far. 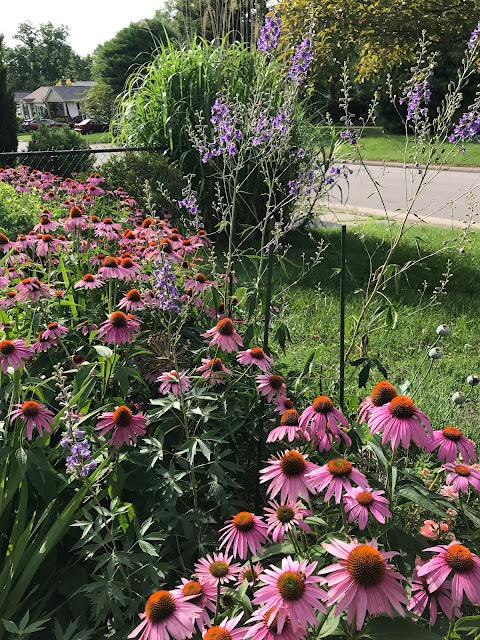 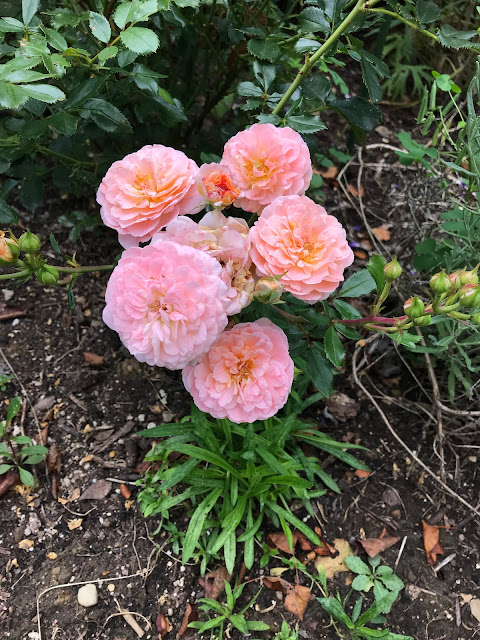 This apricot drift rose may be small but it's been blooming all summer and smells good too! 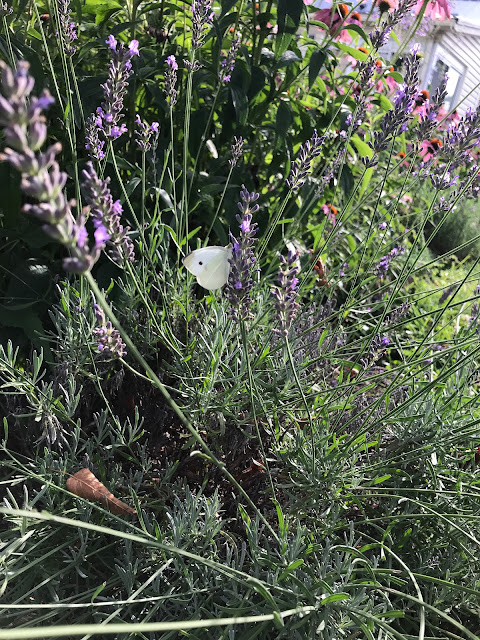 The Lavender Grosso has also been blooming all summer and I love drying it to keep inside too. 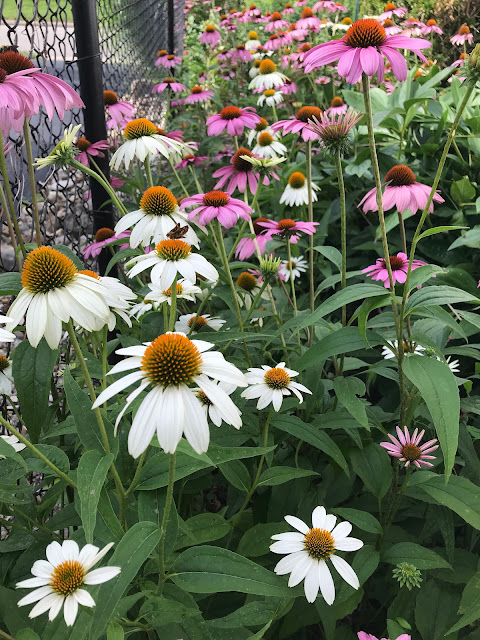 The White Swan coneflowers have been spreading a bit in the side garden, much to my delight. I love the result. I also planted a group of them I winter-sowed in the front bed, but those probably won't bloom until next year. 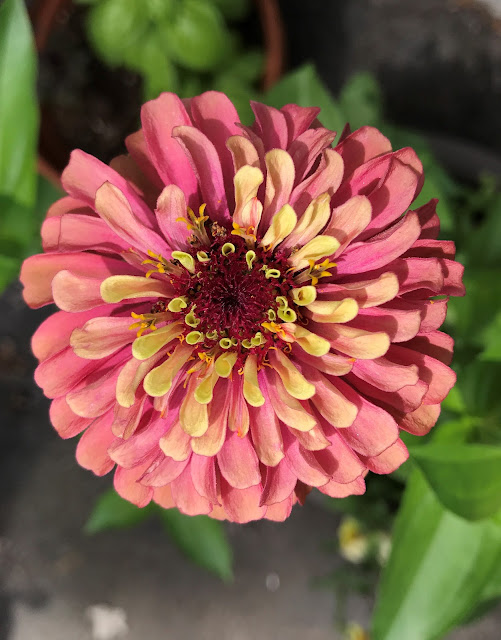 Zinnias will always have a place in my garden and they're so easy to grow from seed. This is Queen lime red that I'm trying for the first time. 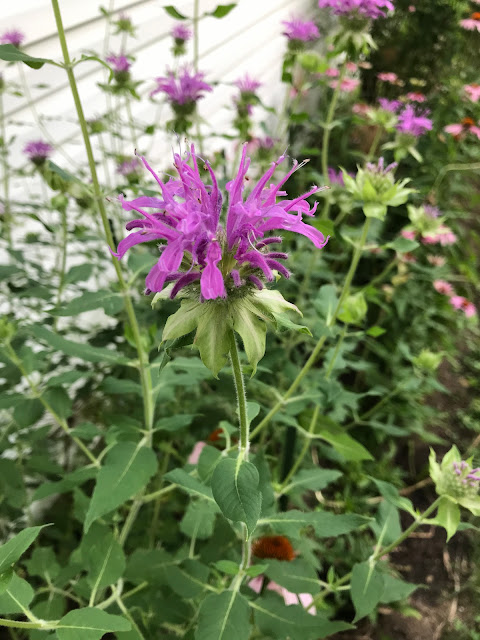 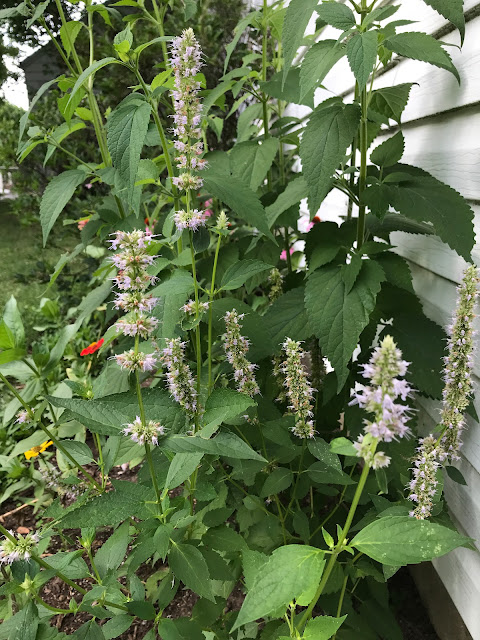 The new agastache planted this year has been blooming for weeks, while the larger one behind it is still re-growing thanks to a severe pruning in late spring courtesy of our local deer. 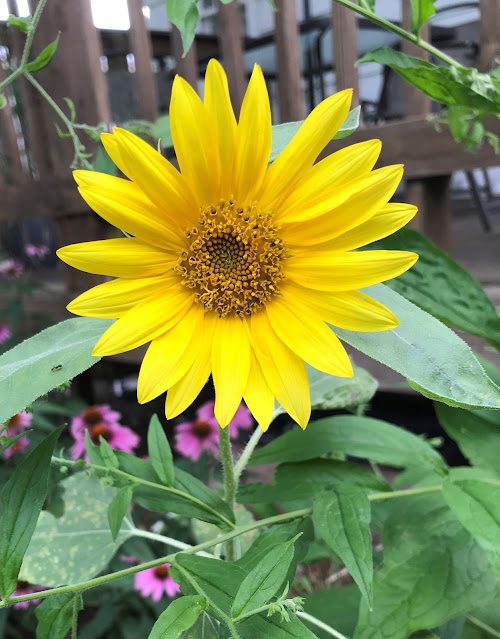 This cheerful volunteer common sunflower from the bird feeder has inspired me to plant sunflowers next year. 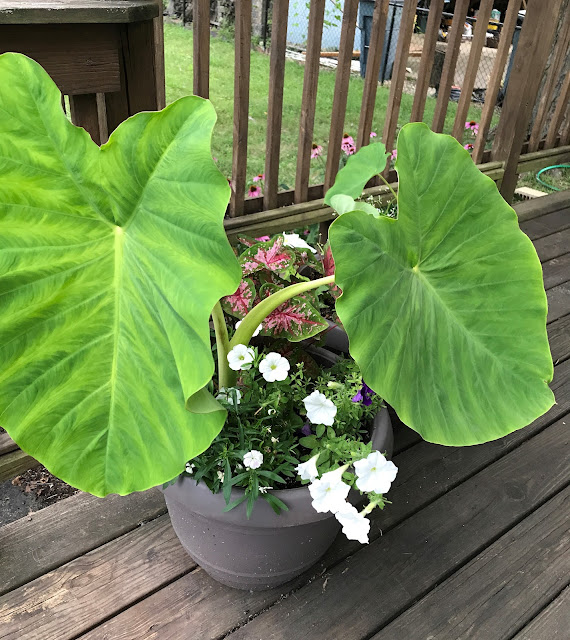 I enjoy seeing these elephant ears rebloom each year. I'm still amazed they come back after spending the winter in a box in the basement.
That's about it for my garden this month. What's blooming in yours?
Posted by min hus at 9:11 AM 2 comments: 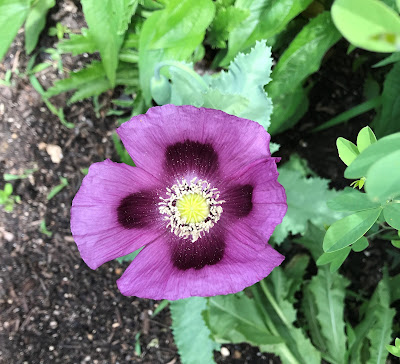 Last year I started watching British gardening show institution Gardener's World. In addition to learning a lot of useful gardening tips, I also became obsessed with breadseed poppies (papaver somniferum). I love their gorgeous colors and the fact that they bloom in late spring to early summer. 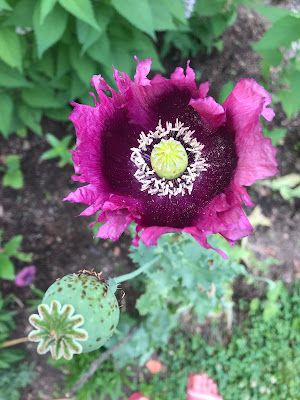 I ordered some Hungarian Blue Breadseed Poppy seeds from Baker Creek Heirloom Seeds and Burpee, and planted them via the winter sowing method and by direct seeding them in winter as recommended by the Impatient Gardener. Though, to be honest, I was skeptical about direct sowing them since I tried doing so with other varieties in the past without success. Previously, the only poppies I've successfully grown more than one or two of are oriental poppies, which do return every year. 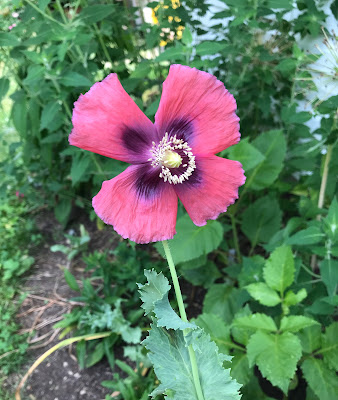 While both methods worked, I think the seeds I direct sowed ended up much larger and more robust, so I'll only direct sow them in the future. Hopefully I'll be able to do so with seeds from the ones I grew this year. And let me tell you, those poppies did not disappoint! These gorgeous blooms will have a permanent spot in my garden from now on. 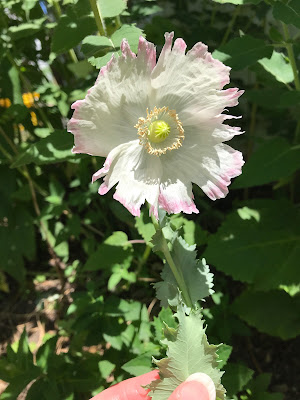 All of the photos above show the variation of colors in the poppies that sprouted, ranging from white to lavender to deep purple and I love them all. Plus it's fun to see what will pop up next. They bloomed throughout the month of June into early July, vastly extending the time I get to enjoy poppies beyond the few weeks in May when my oriental poppies bloom.

I also tossed some old peony poppy seeds I had on hand and some of those came up as well. 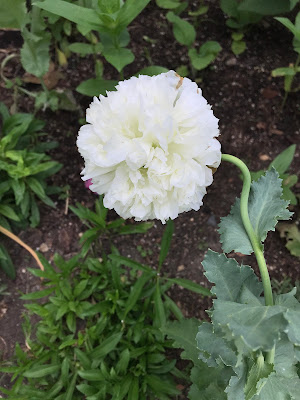 My challenge for next year will be trying to grow them in clumps instead of so spread out. Tips welcome!
Do you have a favorite poppy? 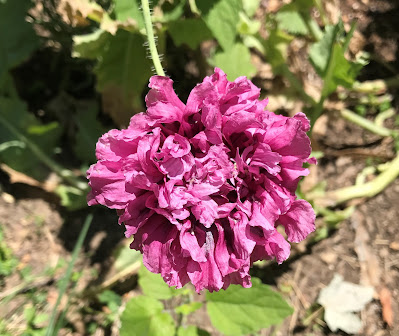