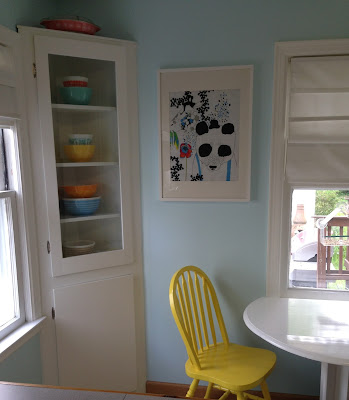 It's been forever since I did a book review, in part because I've hardly read any nonfiction lately. But, I couldn't have picked a better book to revamp the reviews with because Goodbye, things by Fumio Sasaki is one of my favorite books about minimalism.

If you're looking for a step-by-step guide on how to declutter and simplify, you'll probably be disappointed because this book is more about philosophy than the nitty gritty process of minimalizing, though there's certainly some of both.

Goodbye, things starts off with pictures of Fumio's home and those of other minimalists, offering a firsthand glimpse into different simple homes. They're all much more minimal than I ever desire to be, but still interesting to look at. With a bedroom that has only a mattress on the floor and a small table, Fumio minimized his belongings far beyond what I'd ever want to, but I still found his book inspiring.

The book then moves into what minimalism is, why Fumio minimalized his life and why having too much stuff is a problem for so many of us. Then comes my favorite sections--55 tips (plus 12 more) to help you declutter. They include many you've probably heard before and some new-to-me tips:

Fumio ends with describing the benefits he's received from his new minimal life.

This was an enjoyable read, one that inspired me to start decluttering again after I'd not been motivated to do so for months. It's definitely a recommended read.

What's your favorite book on minimalism/simplifying?
Posted by min hus at 2:47 PM No comments: