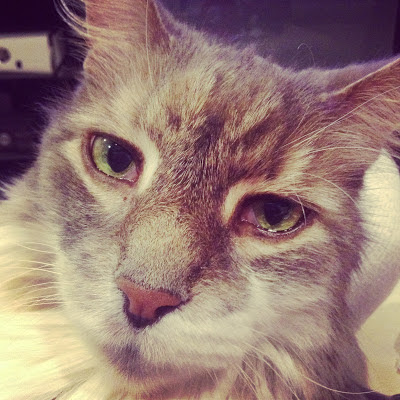 I wish I could declutter worrying.

If worrying was an event in the Olympics, I'm pretty sure I would medal, if not take the gold. I've always been a worrier, at least as far back as I can recall. I worry about issues under my control and those that are not. I worry about issues big and small. I remember being completely worried about the environment in high school. Or worrying that I might die in my sleep before going to bed when I was younger than 10.

Sometimes the worries are manageable, and somewhat rational and I can shake them off, or distract myself from them, or at least cope with them. Other times they are all-consuming, like the last three days when my favorite (shh! don't tell the others!) cat Alex appeared to be having an issue with his teeth and I made a vet appointment for him for this morning.

See, Alex is 15, with kidney disease and diabetes, oh, and bad teeth. Trips to the vet with him for the past four or five years have usually meant bad news and a big vet bill. Plus, being a cat, he gets pretty stressed out, which in turn stresses me out. Basically, it's not a fun time and I dread it each time we must go.

This time I was already worried about the possibility of him having a tooth issue and needing a dental (which for cats means going under general anesthesia – something that isn't great for kidney disease or older cats), and then the receptionist said he needed a rabies shot before they would see him. That completely threw me into another level of tizzy, because it was yet another thing that could put his overtaxed system over the edge.

Though I knew it was irrational, I became convinced that this vet appointment pretty much spelled doom for my cat. The worry went into overdrive. I took a million videos and photos of him. I went to the pet store and bought his favorite, and more expensive, food and a new catnip mouse on Thursday and let him indulge all by himself as much as he wanted. I cried myself to sleep that night and almost called off work on Friday to spend more time with him. Today, v-day, when I woke up I was so nervous that I felt physically sick. I can't tell you who was more nervous on the drive to the vet's office – me or the cat. Luckily, the visit went about as well as possible. First, they didn't even mention a rabies shot, and while his teeth aren't great and have a lot of plaque, the vet didn't see any signs of an acute issue that would require a dental. She is great and doesn't want to put him under unless she absolutely has to any more than I do. We got some antibiotics and he had some blood drawn, and came home 30 minutes later.

I know these kinds of worries are irrational. I completely understand that while it's happening, but that doesn't seem to help me not do it.

Some of my worry-coping strategies are:


But at times when I'm at a level-ten on the worry Richter scale, these strategies don't quite cut it.

Am I the only one who gets like this? Are you a worrier, and if so what do you do to cope? 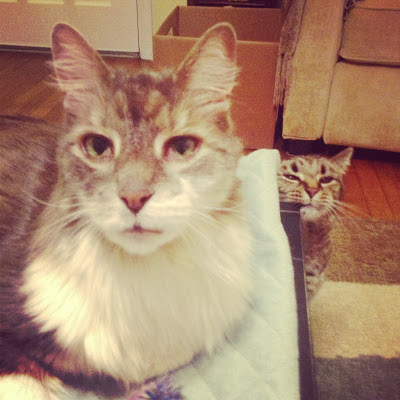 How to Fall in Love with Your Home Again 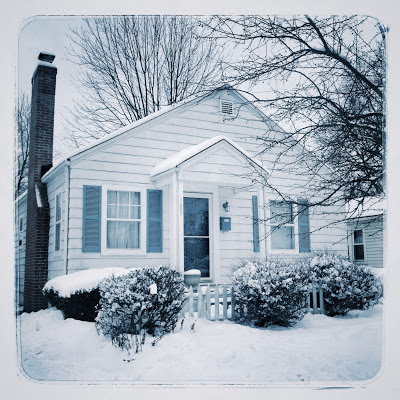 I've had some extensive time off during the holidays and one of the things I've been doing too much of is watching TV, namely HGTV. It doesn't take many episode of House Hunters and the like before I want to smack someone upside the head and show them that their current home, or the smaller home they dismissed out of hand, could be perfectly fine with just a few small adjustments.

I shouldn't be so hard on those poor House Hunters participants; falling out of love with your home happens to most of us at one time or another. Remember when you first saw your current home? When you first fell in love with, or were at least perfectly satisfied, with your home? Remember when it was new (to you at least), exciting and full of possibilities? But eventually that newness wears off and we begin to take our homes for granted. Maybe they put on a few pounds, perhaps they haven't kept themselves up like they used to, perhaps old age is taking its toll. Eventually homes can begin to seem a bit sad, cluttered and neglected and the siren song of moving up to a bigger, newer, shinier, better home might begin to appeal to you. But before you start packing, you might want to try a few easy tips to fall in love with your home again.


What tips and tricks help make you fall back in love with your home?
Posted by min hus at 2:35 AM 2 comments: