Real life has been interfering with my blogging and a garden update is overdue (or so says my friend and one faithful reader, Hanna). I'm happy to oblige!

It's been so dry here, and while the month started pleasantly, the heat has returned. The garden and grass have suffered from a lack of rain. There wasn't a drop of rain for two weeks, but we did finally get a tiny bit at the end of last week. My watering routine consists of keeping the veggies and new plants alive. The more established plants and grass are on their own and it shows. My grass is brown and crunchy, and not much is blooming. The weeds, however, are still thriving, and I haven't been keeping up. There has been some excitement recently, my winter-sown Irish Eyes Rudbeckia bloomed! Aren't their pretty lime green faces fabulous? I just love them and I take great pride in seeing anything I grew from seed bloom. The lavender and roses are beginning their second flush of blooms, which is great because I enjoy them so much. This also gives me a second chance to clip and dry some lavender, as I didn't get to the first flush of blooms in time. The veggie harvest this year has been GREAT! I've picked early girl tomatoes, golden girl tomatoes, heirloom tomatoes (lost the tag so am not sure of the variety), lemon cucumbers, green onions and peppers. Unlike last year, when I didn't even have enough tomatoes to feed myself, this year I've made several batches of salsa and given a dozen tomatoes away. What made the difference between this year and last? Earth boxes. Yup, the tomatoes in the garden didn't grow, didn't produce much and are half dead. The tomatoes I planted in the earth box? Still producing ripe tomatoes daily. The lemon cuke seeds I planted in the garden? Didn't even germinate. The ones planted in the earth box produced the lovely specimen above and others. I think the key is good soil and consistent moisture, something I haven't fixed in the veggie garden yet. before and after weeding today

My side garden, thought it isn't as far along as I'd hoped, is starting to bloom. This bit is directly below my bedroom window and I wanted to be able to look out and see pretty flowers, not just rocks and weeds. Beginning last fall ,I started hauling rocks out and pulling weeds. Then this spring (maybe summer?) I planted winter-sown and inexpensive perennials. And in spite of my neglect they're starting to bloom. Here you can see Salvia, Black Eyed-Susans, Lavender, Cleome and Zinnia (the first pic in this post is also from this area).

Tomorrow we begin to see what September will bring for the garden. I love lazy Saturday mornings. The weekend stretches out ahead of me, so full of promise. Maybe I'll be productive and get some projects on the vast to-do list done. Maybe I'll just relax and unwind from the work week. After getting to sleep in a whopping 80 minutes later than during the week (yes, I'm a little bitter I still have to set an alarm on the weekends, but my sugar kitty is worth it), I stumble in the kitchen where three impatient cats await their breakfast. Well, if I'm lucky they're waiting in the kitchen. Otherwise they come wake me up early. Usually by the time they see me at least one of them is crying as if he's never been fed before in his life. Drama kings, all of them.

After I dish out and heat up three different meals to our three persnickety felines, and give Alex his insulin shot, I catch up on my Internet reading and tune in to A&E to watch several episodes of Sell This House, my new home-improvement show fav which only seems to be shown on Saturdays. Then I make myself something special, like muffins or eggs. On really special mornings I make French press coffee and open-faced sandwiches with Finlandia swiss cheese (mmmm...) and cucumber slices (today with homegrown lemon cukes from my garden!) and pretend I'm in Scandinavia. Ahhh... Then I'm off to see what the day brings. Hope your day brings whatever you're looking for.
Posted by min hus at 6:55 AM 1 comment: 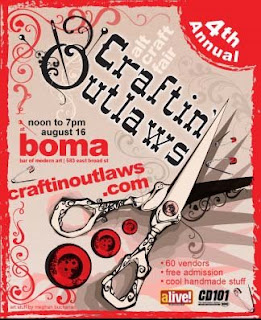 I never know what's happening around town, but luckily my friends do. Tomorrow I'm going to Craftin' Outlaws, which sounds like a pretty cool shindig. Looks like there are many decorative items to be had. I want one of these. Like, bad. 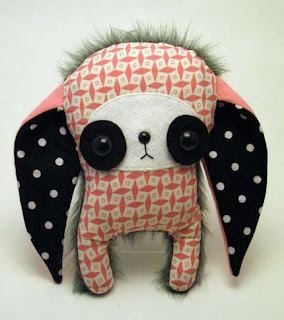 Food salsa, not dancing salsa. As I epitomize the whole "white people can't dance" stereotype, I don't dance. EVER. Anywho, generally, when the boy and I discuss dinner, it goes a little something like this:

Me: I'm tired of cooking and then cleaning up after work. I hate cooking. I'm never cooking again. Why don't YOU cook next time? It's YOUR TURN.

Me: (placated) Ok, that works.

But tonight was different. Very different. Because my tomato plants are actually producing more tomatoes than we can keep up with via our usual taco and salad quotas. Oh sure, I could give the tomatoes away to people I know, but I'm not good at sharing. It's not my fault; I'm an old child. And everyone knows only children aren't good at sharing. So imagine my surprise when tonight we started fighting about who got to make dinner. *insert twilight zone music here*

Me: I want to make the garden salsa. I grew the damn tomatoes, watered them and even picked them.

Boy: But you SAID I could make the salsa this time.

Me: I changed my mind.

Boy: Well then I'm NOT EATING ANY.

While I was making the salsa I realized I had more than enough tomatoes for two batches. So after I was done, I told the boy it was his turn and smoothed things over. Because of course all he wants is to be able to tell me his salsa is better. Preferably in the rudest manner possible.

In the end my salsa was too hot, and his was too mild. When we mixed them together though and added a dash of vinegar, it was pretty perfect. There's some great message in there about compromise and blah, blah, but the REAL moral of the story is to only make garden salsa when you're home alone. Otherwise people will expect you to share your BLOODY tomatoes!
Posted by min hus at 5:08 PM 2 comments: This spring I finally delved into the world of summer bulbs and planted some pink and purple gladiolas. The pink glads planted in the front bed are starting to bloom. They bring a great dash of color to the garden at a time when a lot of the summer blooms are beginning to decline. Next year though, I plan to plant some dahlias as well. What's the veggie I'm most anxiously awaiting in my garden? Lemon cucumbers! I tried some on a vacation to Seattle a few years ago, and I've been wanting another ever since. This year I used one of the earth boxes the boy's mom got me for Christmas (excellent gift BTW) solely for lemon cuke use. Which is good because the seeds I planted in the garden didn't even germinate. Much like the regular cukes I planted last year. This is what it looks like now, the five lemon cuke vines are taking over. This picture doesn't even show you how much the vine is spreading, but you can't even see the earth box anymore. But still I planted these late, in late June in fact, so I wasn't sure they'd have enough time to produce this season. A few days ago I was delighted to finally see some blossoms on the vines. Maybe they would have enough time to produce afterall. And today I spotted three baby lemon cukes. Aren't they cute? Hurry up and grow little guy, cause I can't wait to eat you!
Posted by min hus at 5:51 PM No comments:

Email ThisBlogThis!Share to TwitterShare to FacebookShare to Pinterest
Labels: garden My yard and garden have been neglected for a bit and have quickly grown into an overgrown jungle for spite. So instead of blogging about gardening today, I actually got out and gardened for three hours. And oh, am I paying for it now. The pain starts around my wrists and radiates up past my elbows. I'm not even 30 yet (I can still say this for a few more weeks yet, so I plan to take advantage), what the heck am I gonna feel like in 20 years? I wasn't doing the fun gardening stuff, like planting or harvesting. No, I was watering, weeding and doing some major trimming/pruning of six bushes. The pic above is a before of what I had to attack. It was the pruning that got me and my burgeoning carpal tunnel. And now it huuuuuuuuurts.

On a happier note, the part of the garden I'm most excited about right now is probably these lemon cuke blooms. I fell in love with lemon cukes after trying them in Seattle a few years ago and I've been craving another taste ever since. I hope they have time to grow.

The tomato count for this year is now at 4 (doesn't include cherries of course): 3 golden girls and one early girl.